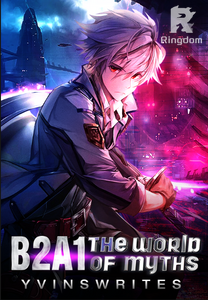 Year 2085, the year of breakthrough within the technology in the Philippines.

So much progress and innovation took place over the years that resulted to the most technological year. The advancement in technology has been exceptionally fast in the 20th and 21st century and the years that followed.

These technological advancements resulted to more inventions that became the top selling products in the market. These include gadgets, defense systems, appliances, vehicles, and so on... even games. And speaking of games, there is this one game that has been marketed and had been on top since it was released.

Many game players all over the country had been crazy over it in social media and even in person. Many players tried the game and gone addicted to it. It has been a topic all the time in different platforms, even non-gamers are eye-caught and tried playing the game. Both boys and girls, old and young... people started to play.

It is called B2A1 - Ang Mundo ng Alamat. In the game, B2A1 is a world of mythologies, legends, and folklores wherein people get to create their own avatars and fight for their improvements and growth to defeat a certain enemies. People had gone crazy over the game as it has a good gameplay complemented with a great storyline.

The best players top among all, as victory is the sweetest.

It's Monday... after preparing myself for school, as usual, my mom drove me to school. I was so excited... I mean for the first time in my high school days, this is the first time that I got excited going to school. That I don't have to worry about Vic things anymore.