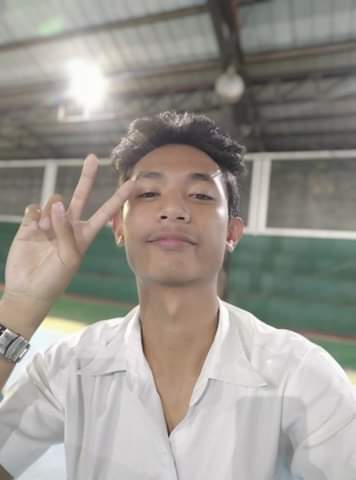 Just an amateur writer trying to write down his heart into words...
MORE

Just an amateur writer trying to write down his heart into words...
FOLLOWERS
No follower
FOLLOWING
You are not following any writers yet.
More

Peace and harmony roams the whole Azhakstadd many, many years ago. All the tribes, races, and continents are silently and unitedly living in this bountiful paradisiacal world. Despite the differences in beliefs, cultures, traditions, and countries, people living here understands and coordinated with each other, they don't let any distinction ruin the calmness all over Azhakkstadd. Everyone stand and fight for each other in times of difficulty and whatever conflicts that come in their land. Each tribe contributes their bount with other tribes that live in Azhakkstadd. Each tribe provides necessity for one another. Things were used to be fine in Azhakkstadd. Amalgamation between tribes are evident, alliances are common, and treaties are habitual, but everything went upside down. There are things that just can't be placed in order. The variation in each tribe still caused other tribes to destroy world peace. Some tribes are violated and others are offended. Misunderstanding caused other tribes to get angry and pour hatred towards each other. Their anger gone wild, their antipathy blazed, darkness encompassed the whole world, and everyone are unfathomable. Some tribes started warfares that resulted to much destruction, confusion, and turmoil. Peace and happiness suddenly disappeared, only sadness, agony, vengeance, and hatred ruled over the whole Azhakkstadd. Azhakkstadd is divided into sixteen tribes. It's not the usual world that's simply known, extraordinary, not easily understandable. In a parallel universe, in a star that creeped open, Azhakkstadd lies dark behind shining shimmering star lights in which tumult and serenity are two words that almost lost its meanings.

That Letter - A Cinderella Story

Here we go again with another Cinderella story, one of many actually. The typical story wherein a lovely and humble princess who dreams for her prince charming her whole life and wait for the right time to finally meet him, or rather wait for him to come in his fancy outfit that shines stunningly in the sun, his manly physique, and his sweet smell of an unending love and puts on her glass slipper. How cute right? So adorable, everyone surely loved that... A very touching story that feels so nostalgic that we always wanted to hear even for a thousand times. Never gets old, they say. But what if this Cinderella kind of story is different? Not the usual one you hear from your preschool teachers, or from you bed time stories… What if the princess didn't want the prince in the first place and same as the prince to the princess? How could that happen, can they still be together? Is that even possible? What happy ending can we have? What if their encounter was just a mistake? How would destiny work this time? What things will happen in this Cinderella story convince us that miracle is real?

Year 2085, the year of breakthrough within the technology in the Philippines. So much progress and innovation took place over the years that resulted to the most technological year. The advancement in technology has been exceptionally fast in the 20th and 21st century and the years that followed. These technological advancements resulted to more inventions that became the top selling products in the market. These include gadgets, defense systems, appliances, vehicles, and so on... even games. And speaking of games, there is this one game that has been marketed and had been on top since it was released. Many game players all over the country had been crazy over it in social media and even in person. Many players tried the game and gone addicted to it. It has been a topic all the time in different platforms, even non-gamers are eye-caught and tried playing the game. Both boys and girls, old and young... people started to play. It is called B2A1 - Ang Mundo ng Alamat. In the game, B2A1 is a world of mythologies, legends, and folklores wherein people get to create their own avatars and fight for their improvements and growth to defeat a certain enemies. People had gone crazy over the game as it has a good gameplay complemented with a great storyline. The best players top among all, as victory is the sweetest.