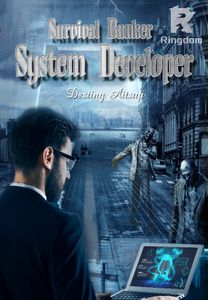 Year 2022, the world was infected by a strange disease called PXE22 that started from New York City. As a resident of the city and one of the world's best programmers, Caleb Houston did his best to survive the lockdown.

Less than 100 days after the apocalypse of ghouls, Caleb died.

In the after life, an entity called God granted him a survival bunker system and tasked him with saving humanity. When Caleb came to, he was back to a week before everything went to hell.

Armed with a new ability and knowledge about the future, Caleb seeks to find the scientist in charge of Project PXE22 to find a vaccine for the survivors. As ghouls run rampant around the world, Caleb has to race against time to collect resources, design a strategy and save humanity.

"Sometimes heroes are simply ordinary people who do extraordinary things."

Free 50 coin claim for new accounts only: ESZ1BWS8 (available for first 100 people). Follow my IG destiny_aitsuji for more information on how to claim.

Author’s Note: This is a snippet and slice of life chapter about the characters and their lives before the PXE22 apocalypse. Enjoy! If you liked my work, do check out my social media, website and p*****n. I write under the name Destiny Aitsuji / Destiny_Aitsuji.

“Oh great! The government is wussing out on New York. I……