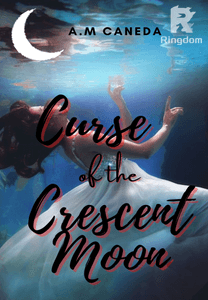 Curse of The Crescent Moon

"Andrea... you have to start accepting it that in your next life, Blaine isn't your mate. He's not your Beta, and he won't love you. Be prepared for that truth," said the moon goddess.

Andrea fell out of words in a moment. Many times she heard the moon goddess say that, but still, even the thought of Blaine not loving her hurts her. She's without choice. If she'll be reborn as another person, the more that her path and Blaine would never cross. She doesn't want that either.
What would I do? I was hoping even just for a slightest chance. Andrea thought to herself.
"I don't want my abilities, my fangs..." Andrea mumbled.
"I can't take that in exchange for what you wish for, " the moon goddess cuts off what Andrea was about to say thinking that she'll end up ranting the same thing again.

"Because you're the only cure to your race, " the moon goddess added.
"Cure?"
"When the time comes, you'll understand."
She lived with a gift from the moon.
She died during a crescent moon.
And she would get back to life in the next crescent moon phase.
General rules don't apply to her.
The rules in the afterlife for creatures like her are different.

Andrea Catalda
Alpha of the Hungry Fangs pack.
Without their fangs they are nothing.
But the very thing that define their strength was blamed to be the cause for the sudden infertility among all the female werewolves. Their pack was considered as threat to the entire werewolves' existence, and so they were hunted. She was killed in that hunt. While dying she made a promise that she'll come back to her beloved Beta, but how? And worst would the love of her life be still the same man she once left?

" Dear...you are without choices here in the afterlife,"

The moon goddess's tone remained calm despite Andrea is freaking out. She doesn't know what year is it already. Her death feels like it was yesterday, but she knows it isn't because ever since she arrived here in the afterlife she goes every day to the moon goddess beg……