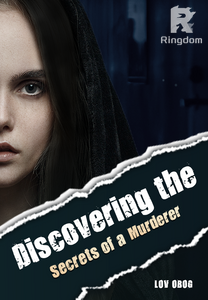 Discovering the Secrets of a Murderer

Right from the start, there is something about her. Mayhap it is her stiff posture, the composed movements, and the air she gives off that intimidates everyone she meets. Or it may be the stoic expression she plasters on her face. Better yet the cold eyes that stare with intent naught but to scare someone.

There is no certainty. For the woman is Amelia Vernice. The woman who was locked up for years and has only been welcomed to the Society. This is her story and her journey towards the ugly truth in the world of reality.

Doctor Alexander Fersen was hired to determine the mental illness of the most controversial and celebrated murderer in the whole country of Genrovia—Amelia Vernice.

As they both go back to the past and unravel the mystery her life possesses, Alexander was torn in feeling sympathy, hatred, or something deeper he cannot deem name nor acknowledge. But one thing is for certain, he has to know everything, he has to know what she hides, her secrets, and lies. Because if he has not been wise, he would not think Amelia may have been tricking him to fall into a trap.

“I had the most unusual dream,” Amelia suddenly said. Her voice was hoarse, mayhap from all the screaming she has done or mayhap it had always been like that.

Amanda settled in the corner of the room, staying far away from the woman. She cannot believe what she is seeing and hearing from the very room where the silence shook her a w……