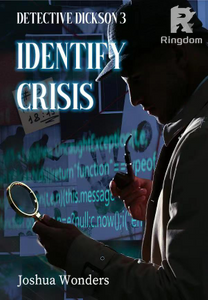 If you read the last 2 sequels, you must have been hearing the word Larias alot, and now in this sequel, he has finally resurrected, well, as you guessed it, he's the most fearsome threat d**kson and his comrades has ever faced as he seized control of all of Existence but yet d**k and a few of his comradea remain untouched even though they are outmatched and powerless against his overwhelming might.
That isn't the least of their problems, d**k and Lefinna switches consciousness but yet d**k has to find a way to stop Larias if he cares about the people he loves, tips off, Marcel has also escaped jail, with newfound powers, he is also after d**kson Reyes.
Will d**kson Reyes find a way to triumph as he had always done or is this going to be the last sequel.
Find out!!!!

The pocket dimension cracks as they now reappear in a scenery of white, the floors were made of gold and they were creature with wings flying everywhere also with different creatures in white garments, they were in heaven.

"I never dreamed I would see this place" d**k says wiping a tear from his eye.