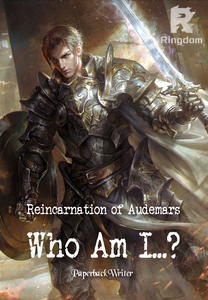 Reincarnation of Audemars - Who Am I...?

After Sam Mulder, the MC for Quantum Leap had successfully transmigrated to another dimension after getting poisoned by one of the imp and somehow succumbed to his injuries (actually it was through a careless bloodletting), he manages to perform another body exchange with one of the warriors in the war of Qodegh.

**Excerpts**
"Hang in there, boy. We are going to get you out of here and back to the City of Aermagh. But by looking at your extensive internal injuries, we might not get there in time but we'd head out to another direction, a small settlement just south of here." a search and rescue personnel informed the human warrior.

"Look, his body armour was crushed in by that unseen force from heavens. We might not be able to know how badly injured he is right now. We don't even the tools to extricate the crushed body armour off him at all." said another search and rescue personnel.

"Yeah, if that's the case, we would leave him at the hands of the experts in Ingmery Community Infirmary at Ingmery then. We will report that no one is alive at the Battle of Qodegh then, at least we would be able to avoid filling in the forms for the report and so on."

"Yes, let's do it then. Off to Ingmery then. Hide our arms and our insignia. Just pretend we found this poor fellow along the entrance of this ravine." suggested another search and rescue personnel.

By noon, they had reached Ingmery and had asked the assistant for the Ingmery Community Infirmary to look into this matter instead and hurriedly left the settlement and heads back to the City of Aermagh.

A couple of Blacksmiths were called in to extricate the crushed body armour of the young warrior as he lay unconscious on a makeshift table, enabling the blacksmiths to use their tools to pry the crushed armour off the warrior.

After the next 2 days of training the kitchen staffs on the rounds of the menu to be prepared for lunch, dinner and supper, the adventurers that were tasked had returned with the number of potted plants in their hands.