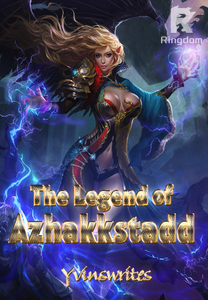 Peace and harmony roams the whole Azhakstadd many, many years ago. All the tribes, races, and continents are silently and unitedly living in this bountiful paradisiacal world. Despite the differences in beliefs, cultures, traditions, and countries, people living here understands and coordinated with each other, they don't let any distinction ruin the calmness all over Azhakkstadd. Everyone stand and fight for each other in times of difficulty and whatever conflicts that come in their land. Each tribe contributes their bount with other tribes that live in Azhakkstadd. Each tribe provides necessity for one another.

Things were used to be fine in Azhakkstadd. Amalgamation between tribes are evident, alliances are common, and treaties are habitual, but everything went upside down. There are things that just can't be placed in order. The variation in each tribe still caused other tribes to destroy world peace. Some tribes are violated and others are offended. Misunderstanding caused other tribes to get angry and pour hatred towards each other. Their anger gone wild, their antipathy blazed, darkness encompassed the whole world, and everyone are unfathomable. Some tribes started warfares that resulted to much destruction, confusion, and turmoil. Peace and happiness suddenly disappeared, only sadness, agony, vengeance, and hatred ruled over the whole Azhakkstadd.

Azhakkstadd is divided into sixteen tribes. It's not the usual world that's simply known, extraordinary, not easily understandable. In a parallel universe, in a star that creeped open, Azhakkstadd lies dark behind shining shimmering star lights in which tumult and serenity are two words that almost lost its meanings.

I don't know what and how our world was like just as Ashtan and the others speak. I totally forgot it, it was as if it was never in my mind, like it never really happened. Which explains the result of the changes in the past that had such a great impact in the present.